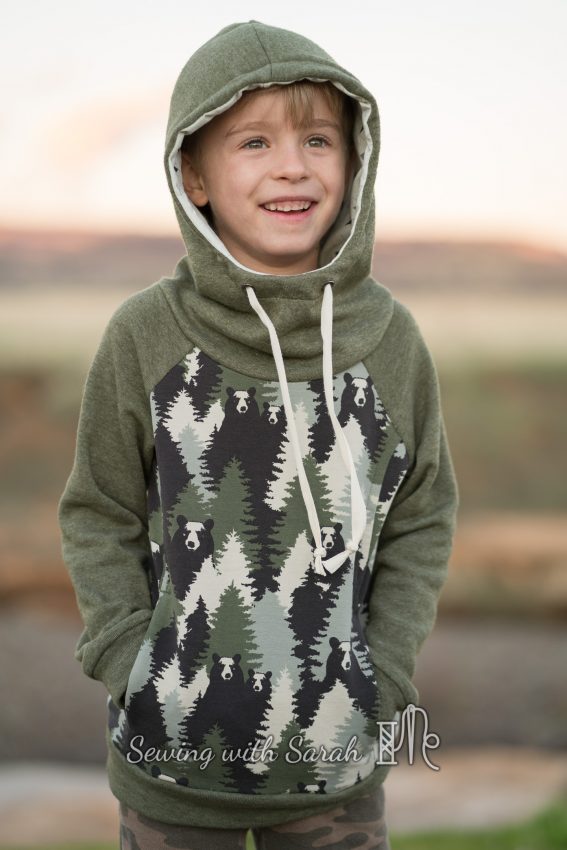 You know how sometimes you spend hours sewing your kid something, picking out the perfect fabric, and the perfect pattern- and then they totally hate it? Like tantrum on the floor, refuse to even put it in the drawer hate it? That used to be this kid. Everything I sewed him, he hated- so I gave up for a while. 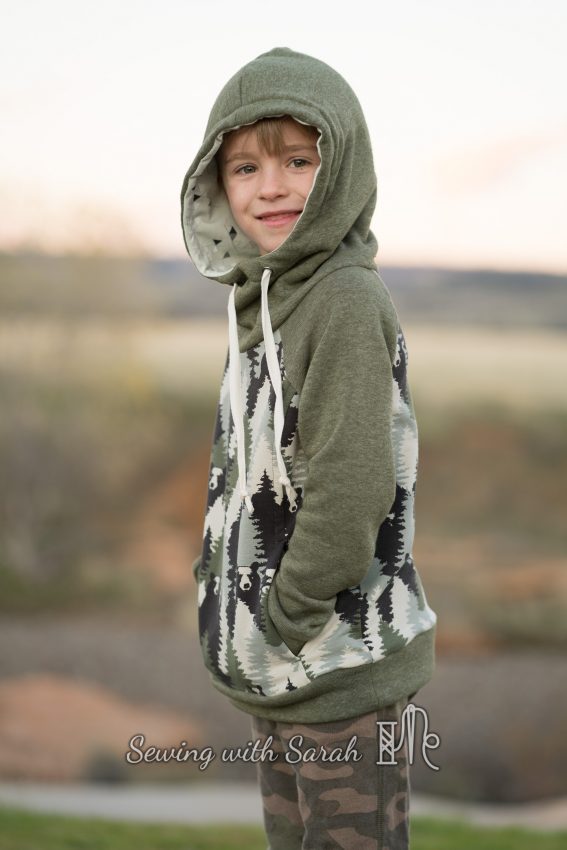 Store bought clothes fit him really poorly, but we made do because I just couldn’t bear the thought of spending all that time only to have my hopes crushed again and again. In his defense, it wasn’t really his fault- he’s a really really sweet boy, with some sensory issues that affect how clothes feel on him. 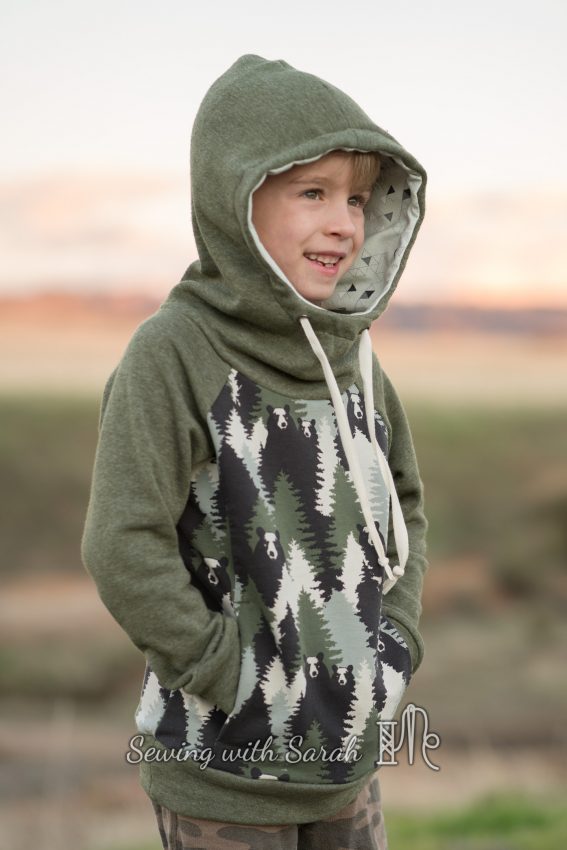 Fortunately, that seems to be getting MUCH better with age, and he’s started requesting custom made clothes again. When I tested the Summit Peak Hoodie a couple months ago (see the post here), his size wasn’t needed- so he got a promise that I would make him a hoodie when/if he wanted one. When he found this custom print bear-o-flauge fabric (Jumping June Textiles) in my sewing room, along with a deliciously soft sweatshirt fleece from Style Maker Fabrics (that had been earmarked for my own hoodie!), he decided to call in his favor, and I couldn’t say no.

Since I had already made the pattern before, construction was a cinch, and it went together quickly and easily. I sewed him up a straight size 6- he has a tiny waist, but the straight fit of this pattern doesn’t require any grading, and a little extra growing room never hurt anyone, and helps keep him from feeling “confined” in his clothes. 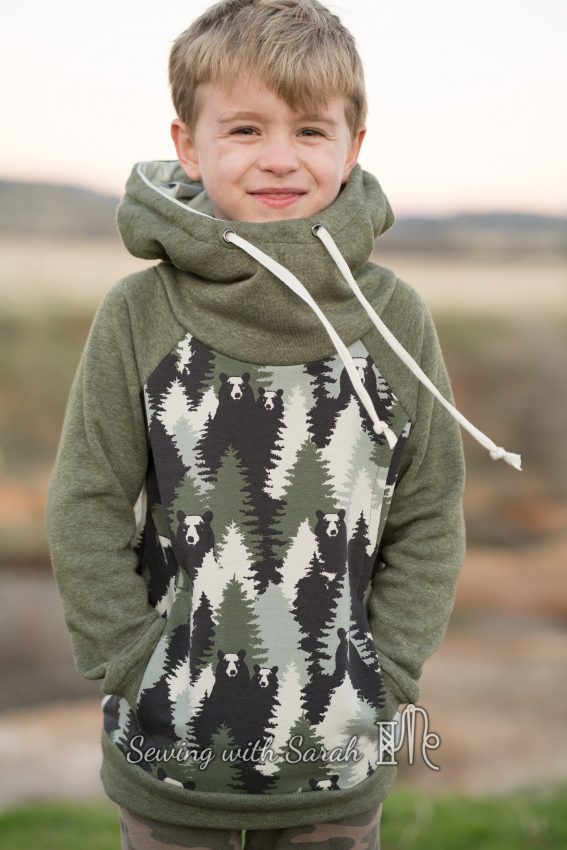 I was a little anxious about how he would feel about the hood around his neck- but it turns out that he LOVES it, especially the ability to cinch it closed and create his own little hideout. The fleece had enough stretch and recovery to be used for the bands, and I used twill tape for the drawstring, because sweatshirt fleece is just a PITA to turn into a little tube (ask me how I know!) 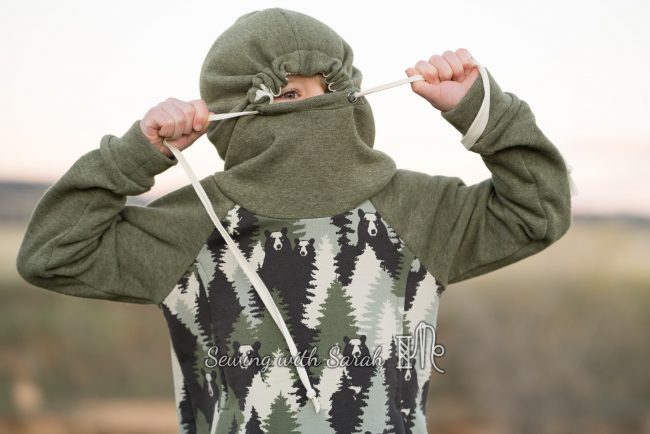 He also appreciates the huge pockets, which go “ALLL the way through mom!”. 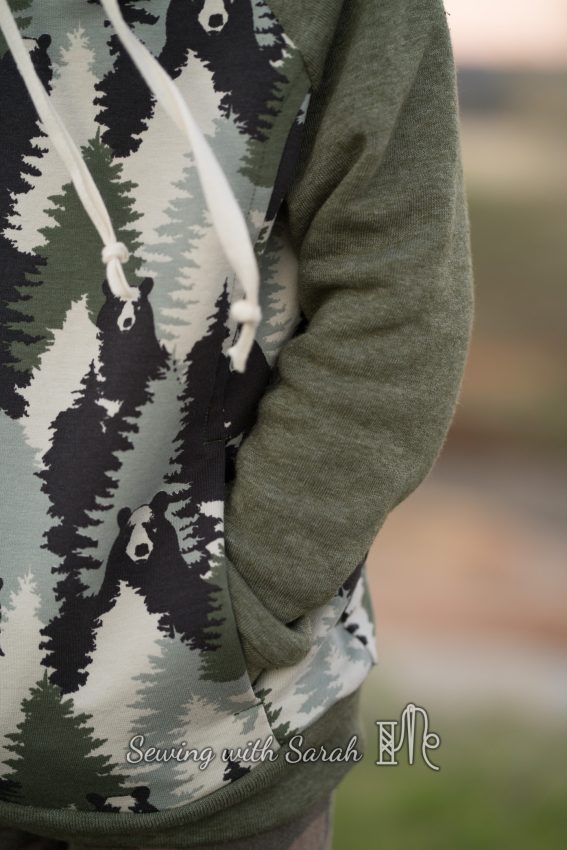 When we were done with the photos, he kept it on…for the next 3 days! Finally, I suggested that maybe, just maybe, it could benefit from a little spin in the washer, before being pressed back into duty. He reluctantly agreed, but as soon as it was dry it was back on, and he proceeded to tell anyone within earshot that his mama had made his hoodie. My little mama heart grew three sizes that day, I tell ya! 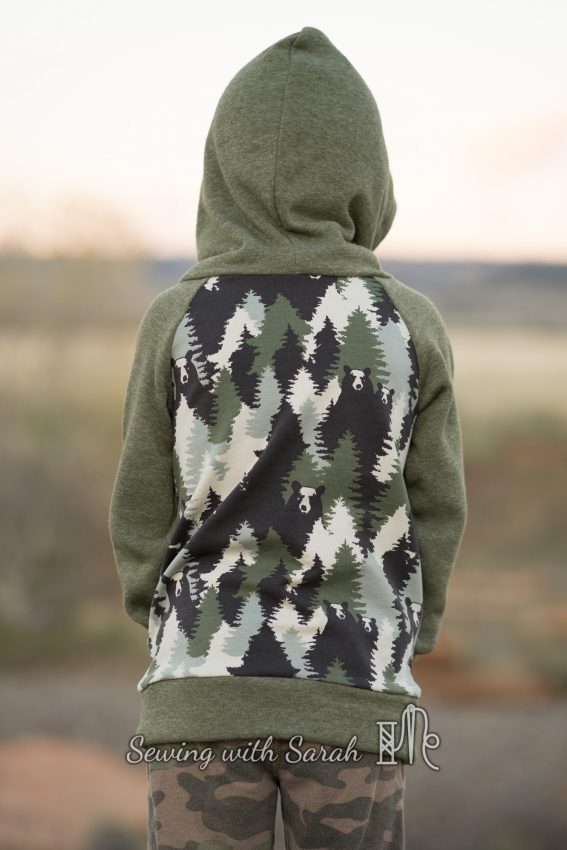 So, next time you make your kid something he/she hates, just remember- sometimes, things aren’t a hit, but when they are loved, they are LOVED. Which of course puts this pattern on our TNT list forever!

What are your favorite kids TNT patterns? Do you have a sensory sensitive kid? What do they like to wear?