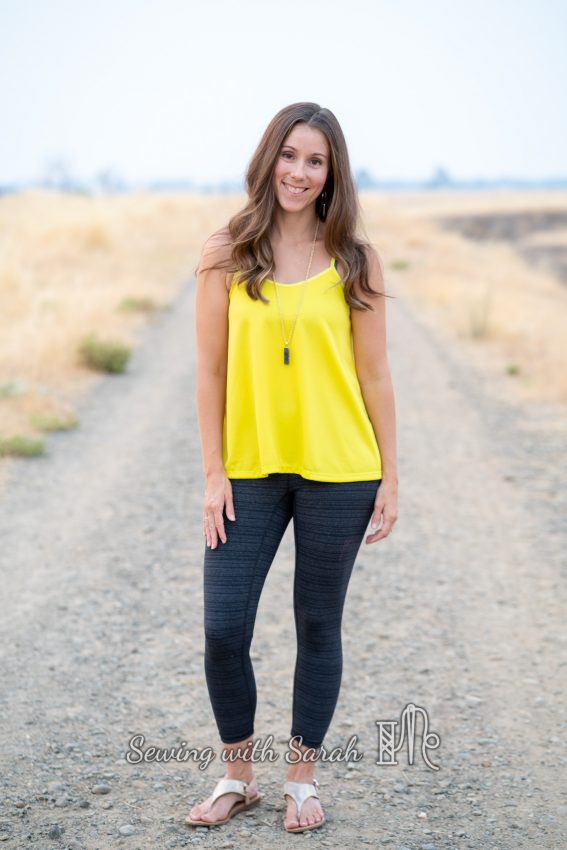 I love a good camisole, and while woven cami’s like the Made for Mermaids Mama Quinn (blogged here) or the Designer Stitch Ella Cami (free- blogged here!)  get plenty of love in the hot summer, a simple knit version is likely to get the most wear in my closet, simply because so much of my stash is knits, and they’re so easy to throw on/pack/nurse in.

When Jalie released the Julia pattern, which includes a camisole, bralette AND undies,  I was right there, snapping it up, and loving the flared silhouette and the racerback adjustable straps. And then, as sometimes happens with new techniques, I got stopped in my tracks, intimidated by prospect of attaching the fold over elastic.

I’ve used FOE before, but never to great effect- I always felt like I struggled to get the tension right, and really needed someone to hold my hand, and walk me through the process. So, I did what any sensible fabric admin would do….I asked someone to host a sew along, because my bet was that I wasn’t the only one who struggled with the technique and could use a little support in mastering it! Cassie Fussle (of adoreyousew) agreed, and we were off to the races!

I don’t often get to be a participant in a sew-along, and it was such a fun experience! If you’re reading my blog and haven’t gotten sucked into the sew-along gig yet, you really need to give it a try (check out all my Sew Alongs here)!

Unless you’re a part of a sewing group in your community, sewing can be a rather solitary experience (usually done late at night after the kids are in bed, with only Netflix for company), and a sew-along gives you a chance to connect virtually with seamstresses from around the world. You get to encourage each other, ask questions, and even get a chance to win some prizes!

With Cassie’s assistance, I made three Julia’s during the event- two of which turned out well enough to photograph (not bad for a newer technique)!

The first one is from a Fabric Fairy mesh that’s been in my stash for a long while- and a matching FOE that also happened to be there (unknown source!). 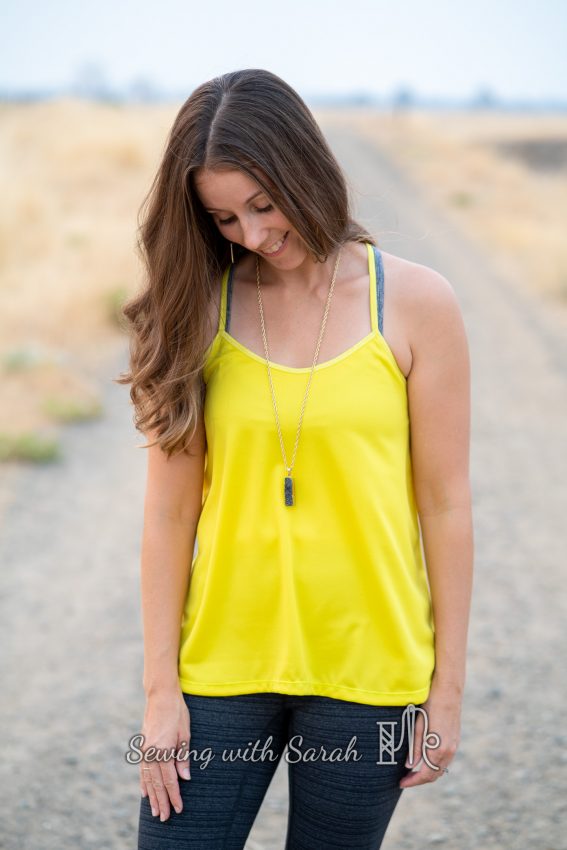 I’m not sure what I thought I was going to do with neon yellow mesh and FOE, but they both came together perfectly for this tank, which I think works equally well for working out or going out (just throw on a statement necklace and some cute sandals)! 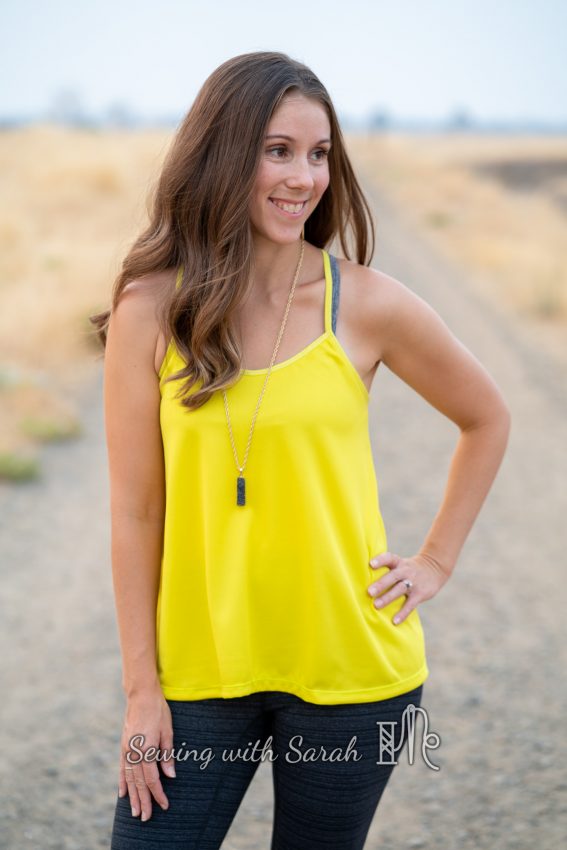 I paired it with my Super G tights (blogged here)- of all my Super G’s, these get the most wear- which is a reminder to make a few more in basic colors! 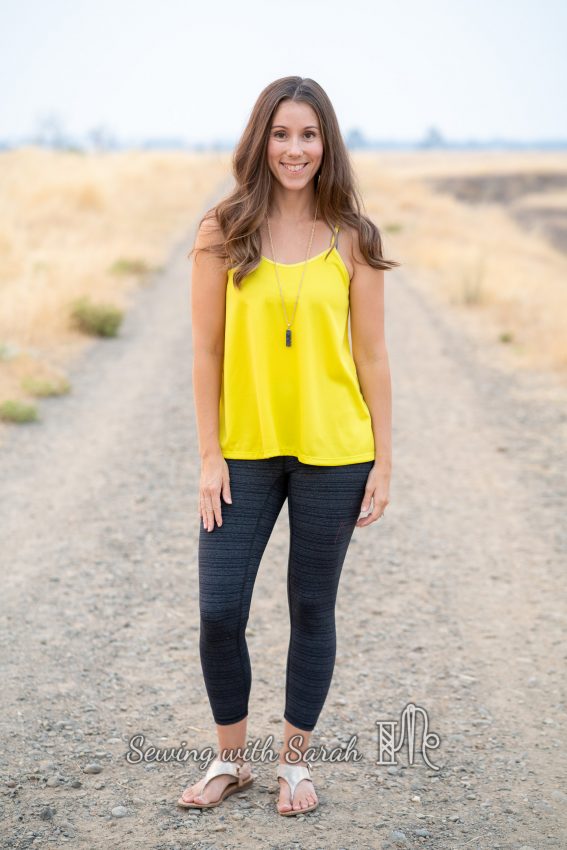 I love the way the straps attach in the back, and the rings and sliders weren’t nearly as tough as I thought they’d be! I think this is a great gateway project toward making my first bra- those sliders really used to baffle me! 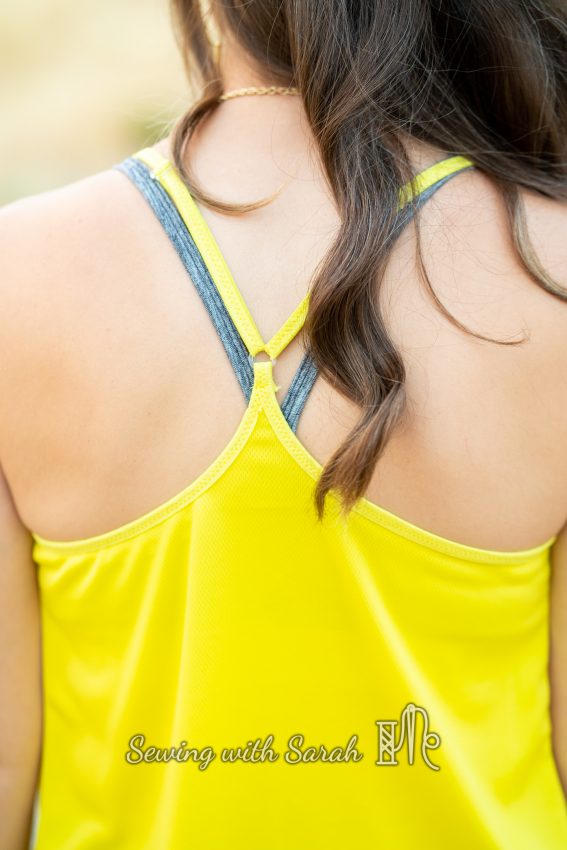 My second Julia was made from a scrap of double brushed poly from this project– I almost wore them together as a joke, but decided it looked cuter with jeans instead 🙂 I’m not above turning this into a pajama outfit though, if I were on one of those trips where I remember everything but my PJs (I can’t be the only one who does that!). 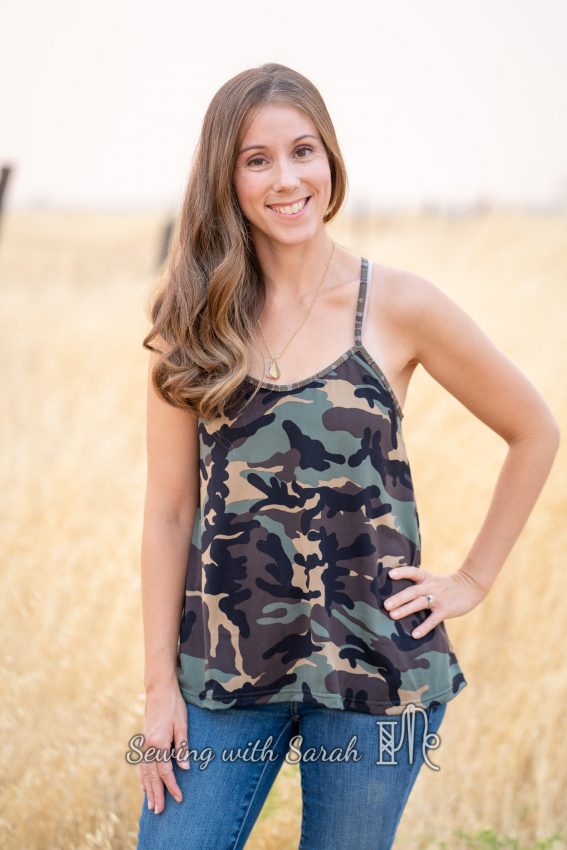 The fold over elastic for this version was sourced from So Sew English- I didn’t have a plan for it at the time, but it sure worked well for this tank. 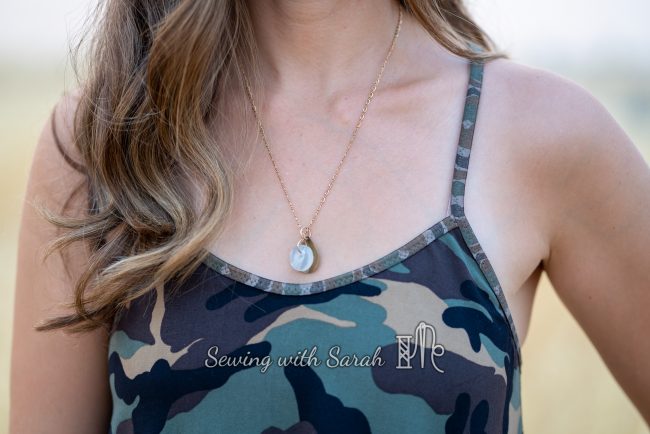 I ran out of bra sliders, so instead of creating adjustable straps, I just used the ring at the back and sewed the straps down permanently at the right length. If you’re nursing and prefer not to go “over the top”, this tank would be perfect for attaching nursing clips in place of the sliders. 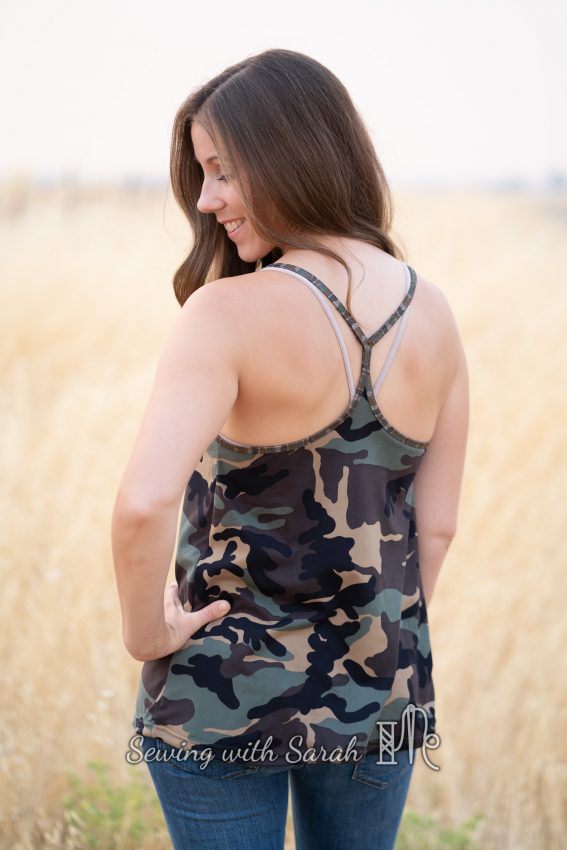 After making two of these, I felt pretty good about my fold over elastic skills. I did find that the elastic lengths included in the pattern were just slightly too long- FOE can differ in stiffness and thickness, so this might also depend on the source and properties of your elastic, but I found that 85-90% was a good amount of stretch for the application. 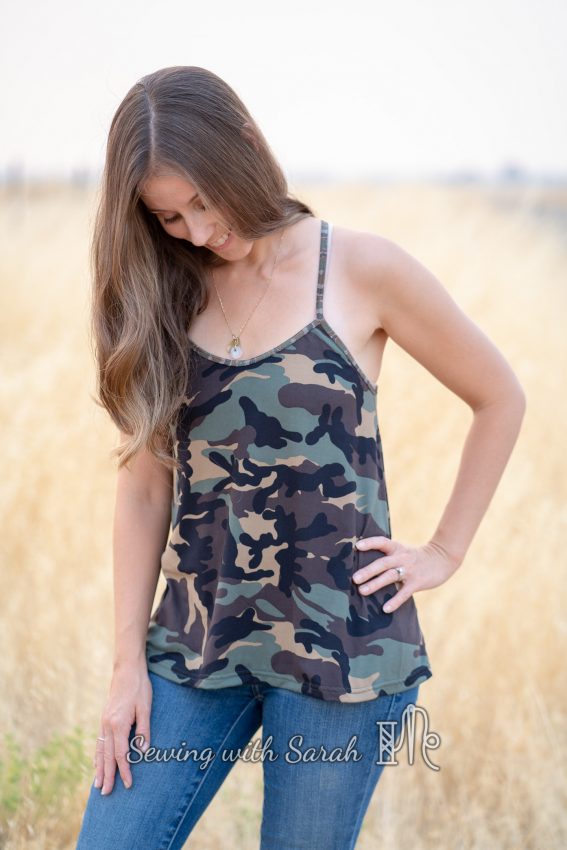 I also tried my hand at creating in inner shelf bra for the Julia, which was the initial draft of the Jalie pattern, but didn’t make it to the final release because of support issues. Trying it myself, I could see why- I took a couple inches off the sides for the bra, but couldn’t quite make it work. I think with some more time, this idea could pan out, but in the meantime, I think I’ll turn to the bralette next (which is drafted differently, and includes a dart)- a second set of straps in a contrasting color peeking out from underneath the cami is a fun look- I just need to buy some more FOE!

Thanks so much to Cassie for hosting the Sew Along and giving me the confidence to make these- you can check out all the videos on youtube here, and don’t forget to join the Fabric Fairy group for more sewalongs coming soon!

If you enjoyed this post, I’d also love it if you “liked” my Facebook page, and subscribed to my blog, so you can stay up to date with future posts and events.